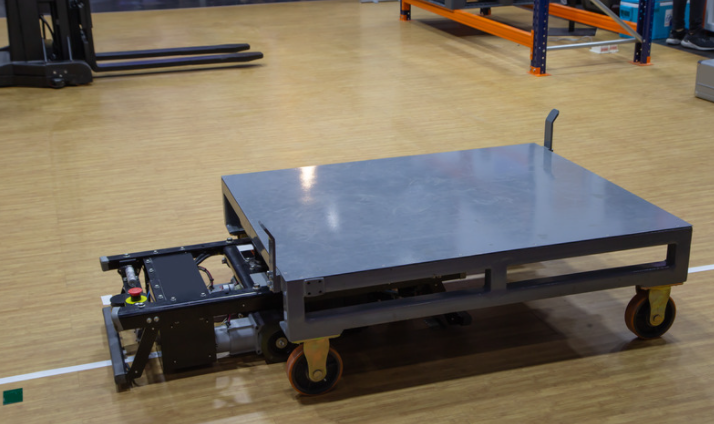 Johnson Stephens Consulting was invited to develop an Automated Storage & Retrieval System (AS/RS) MHE systems layout expansion and relevant specifications for the client, a government department which controls the distribution of alcohol throughout the state.  In addition, JSC was tasked with designing a higher speed, automated material handling equipment system of providing inbound pallets to the AS/RS, and outbound from the AS/RS to the low bay forward picking slot area.  The AS/RS expansion and high speed automated MHE system were required based upon rapid business growth encountered by the client.

The AS/RS expansion was completed on time, on budget and has accommodated the peak storage requirements according to plan.  The Daifuku STV system improved travel productivity by 400% and has enabled the client to significantly reduce (or eliminate) forklift travel labor, and vastly increased service levels in low bay area pick slot replenishment, virtually eliminating emergency replenishments.

The Nedcon AS/RS racking system was expanded approximately 8,300 square feet at a height of 110 feet (14 tiers high), which was an approximate addition of 3,640 pallet locations to the Daifuku AS/RS.  This provided for storage expansion to accommodate the planning horizon.  JSC worked carefully with architects and general contractors to ensure minimal downtime to the operation while the exterior skin was removed, and a temporary wall installed to protect product and system from outside weather elements (this occurred in the winter of 2010 in Utah).  Several high speed, automated material handling equipment systems for product movement in/out of the AS/RS to the low bay space were evaluated using the JSC MHE Technology Assessment tool.  This tool provides an evaluation of capital investment, labor savings, throughput improvement, and space impacts, and produced an after-tax internal rate of return (IRR) financial comparison, which was used to compare technologies and to the DABC investment hurdle rate.  A Daifuku Sorting Transfer Vehicle (STV) system was selected, based upon the above methodology.  The expansion included designing and writing specifications for an inbound accumulating pallet conveyor system to the AS/RS, and two AS/RS outbound options.  The preferred option was the Daifuku Sorting Transfer Vehicle (STV) system, which delivers pallets at a speed of 524 ft/min (with loaded DABC pallets) from the AS/RS drop locations to replenishment zones in the low bay area.  The alternate option of using pallet conveyor to transfer pallets from the AS/RS drop locations to the replenishment zones was specified and included in the RFP as a back-up option, if capital funding was not available.  After bids were received and funding reviewed, the state of Utah approved the implementation of the high speed Daifuku STV system. 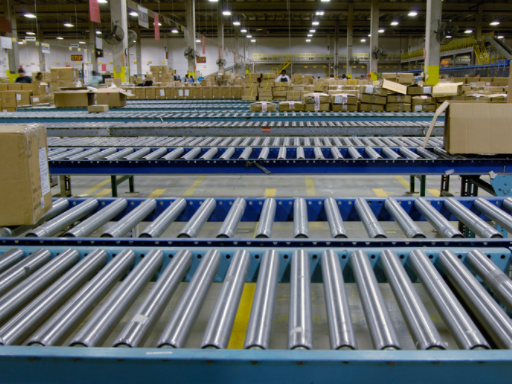 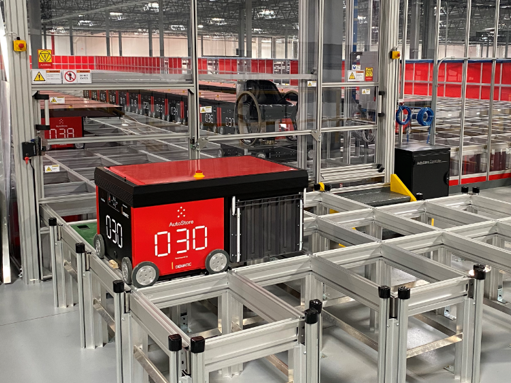